Skip to content
My software is more or less like Cthulhu. Normally dead and at the bottom of the sea, but occasionally stirring and throwing out a languid tentacle to drive men’s minds insane. (Or at least perturb a couple of more recklessly adventurous users.)

However there’s been a bit more bubbling agitation down in R’lyeh recently. The latest weird dream returning to trouble the world is GeekWeaver, the outline based templating language I wrote several years ago. 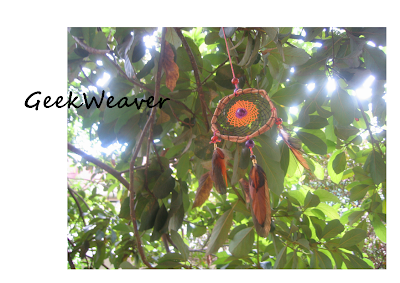 GeekWeaver was basically driven by two things : my interest in the OPML Editor outliner, and a need I had to create flat HTML file documentation. While the idea was strong, after the basic draft was released, it languished.

Partly because I shifted from Windows to Linux where the OPML Editor just wasn’t such a pleasurable experience. Partly because GW’s strength is really in having a templating language when you don’t have a web server; but I moved on to doing a lot of web-server based projects where that wasn’t an issue. And partly, it got led astray – spiralling way out of control – by my desire to recreate the more sophisticated aspects of Lisp, with all kinds of closures, macros, recursion etc.

I ended up assuming that the whole enterprise had got horribly crufty and complicated and was an evolutionary dead end.

But suddenly it’s 2013, I went to have quick look at GeekWeaver, and I really think it’s worth taking seriously again.

Here are the three reasons why GeekWeaver is very much back in 2013 :

Most obviously, Dave Winer has also been doing a refresh of his whole outlining vision with the excellent browser-based Fargo editor. Fargo is an up-to-date, no-comprise, easy to use online OPML Editor. But particularly important, it uses Dropbox to sync. outlines with your local file-system. That makes it practical to install GeekWeaver on your machine and compile outlines that you work on in Fargo.

I typically create a working directory on my machine with a symbolic link to the OPML file which is in the Fargo subdirectory in Dropbox and the fact that the editor is remote is hardly noticable (maybe a couple of seconds lag between finishing an edit and being able to compile it).

What did we do before GitHub? Faffed, that’s what. I tried to put GeekWeaver into a Python Egg or something, but it was complicated and full of confusing layers of directory.  And you need a certain understanding of Python arcana to handle it right. In contrast, everyone uses Git and GitHub these days. Installing and playing on your machine is easier. Updates are more visible.

GeekWeaver is now on GitHub. And as you can see from the quickstart guide on that page, you can be up and running by copying and pasting 4 instructions to your Linux terminal. (Should work on Mac too.) Getting into editing outlines with Fargo (or the OPML Editor still works fine) is a bit more complicated, but not that hard. (See above.)

Originally GeekWeaver was conceived as using the same UseMod derived wiki-markup that I used in SdiDesk (and now Project ThoughtStorms for Smallest Federated Wiki). Then part of the Lisp purism got to me and I decided that such things should be implementable in the language, not hardwired, and so started removing them.

In 2013 I accepted the inevitable. Markdown is one of the dominant wiki-like markup languages. There’s a handy Python library for it which is a single, install away. And Winer’s Fargo / Trex ecosystem already uses it.

So in the last couple of days I managed to incorporate a &&markdown mode into GeekWeaver pretty easily. There are a couple of issues to resolve, mainly because of collisions between Markdown and other bits of GeekWeaver markup, but I’m now willing to change GeekWeaver to make Markdown work. It’s obvious that even in its half-working state, Markdown is a big win that makes it a lot easier to write a bigger chunks of text in GeekWeaver. And, given that generating static documentation was GeekWeaver’s original and most-common use-case, that’s crucial.

Simplification. I’m cleaning out the cruft, throwing out the convoluted and buggy attempts to make higer-order blocks and lexical closures. (For the meantime.)

Throwing out some of my own idiosyncratic markup to simplify HTML forms, PHP and javascript. Instead GW is going to refocus on being a great tool for adding user-defined re-usable abstractions to a) Markdown and b) any other text file.

In recent years I’ve done other libraries for code-generation. For example, Gates of Dawn is Python for generating synthesizers as PureData files. (BTW : I cleaned up that code-base a bit, recently, too.)

Could you generate synths from GeekWeaver? Sure you could. It doesn’t really help though, but I’ve learned some interesting patterns from Gates of Dawn, that may find their way into GW.

Code Generation has an ambiguous reputation. It can be useful and can be more trouble than it’s worth. But if you’re inclined to think using outlining AND you believe in code-gen then GeekWeaver is aiming to become the perfect tool for you.

This site uses Akismet to reduce spam. Learn how your comment data is processed.